The Hairless Cat: A Guide to the Sphynx Cat

The sturdy, medium-sized body of a Sphynx cat looks like that of any other feline – minus the hair. This domestic breed of hairless cat is very divisive, beloved by some for its uniqueness and shunned by others for its strange, unnatural look.

Sphynx breeders first successfully produced a hairless cat in the 1960s, but it died without producing offspring. Then, in Toronto, Canada, in 1967, a stray mother cat and her hairless kittens were rescued. When the mother cat gave birth to more hairless kittens, her offspring were bred and the Sphynx cat breed was born.

Size: Adults normally weigh between about 8 and 15 pounds.

Coat: These hairless cats aren’t entirely devoid of hair. Sphynx kittens are actually covered with a very fine layer of stubble-like fur, which takes on the feel of chamois leather when the cat reaches adulthood.

Eyes & Ears: Sphynx breeders suggest these cats’ lemon-shaped eyes should match their skin tones in color. The breed’s ears are disproportionately large and broad, much like those seen on Siamese cats, and should be set fairly close together to create a fanning-out effect over the cat’s head.

Tail: A Sphynx cat has a long, tapered tail that feels hard to the touch. 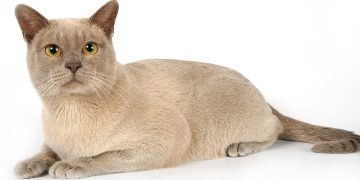 PlusPets Staff
/
Burmese cats are known for being playful and athletic, however they are also fierce fighters and will defend themselves against other animals.
Continue Reading

One of the feline world’s extroverts, Sphynx cats crave attention and affection from their owners and don’t display the kind aloofness that typifies many other breeds. They are intelligent, energetic and curious, characteristics that lead to a great deal of indoor and outdoor exploring and interaction with other people and animals.

Feeding: Sphynx cat breeders note a propensity for these animals to gain weight and grow potbellies. Prevent weight gain by feeding these cats a calorie-controlled diet of quality food.

Grooming: Because these cats lack hair, their skin absorbs many oils that would normally be trapped by fur. Thus, they require weekly bathing. Their large ears are also infection-prone and need to be cleaned out every day.

Activity Level: Many a Sphynx breeder has noted that these cats’ curious natures can land them in trouble. To minimize the risk of accidental harm, it’s wise to limit their exercise to the indoors as much as possible.

Health Problems: Limit sun exposure, as these hairless cats are prone to sunburn, just as humans are. They also have problems retaining body heat when outdoors during cooler weather. Otherwise, they’ll need the same preventive care that all cats do as they get older. Feline worms, kidney and liver problems, and feline diabetes rank among the principal health concerns aging cats face.

Average Lifespan: This breed is not particularly long-lived. Expect Sphynx cats to live an average of 9 to 15 years.

Finding a Pet to Adopt

Rescue for Sphynx cats trapped in abusive or neglectful homes is usually provided by the SPCA or local animal control authorities. If you’d like to adopt an adult cat, check with your local branch for further information.

Breeders with Sphynx kittens for sale tend to command between $800 and $1,500 per animal. Given these relatively high sale prices, many prospective owners choose to seek out Sphynx cats for sale through rescue centers. Adopting an adult cat costs hundreds of dollars less than purchasing a newborn kitten. 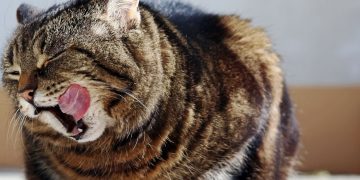 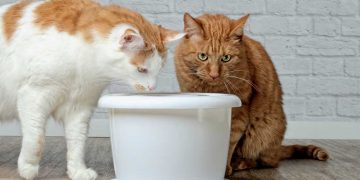 Lynda Taylor
/
Better hydration and water quality? These are some of the reasons to invest in the best cat water fountain. Explore your options here.
Continue Reading
Follow Us On:Facebook