Lively and Confident: A Guide to the Chihuahua

A Complete Guide to Chihuahua Dogs

Named for the Mexican state where they originated, chihuahua dogs are cocky, confident and lively. These dogs rank among the world’s smallest breeds and are extremely popular with seniors and urban apartment dwellers. Chihuahua breeders recognize two distinct variants: the short-haired and the long-haired chihuahua.

Height: An adult chihuahua dog will reach between 6 and 9 inches in height. The teacup chihuahua is a very small variant of this breed, and it can fit in the palm of an adult human’s hand.

Weight: Normally, a full-sized chihuahua weighs between 2 and 6 pounds.

Coat: Long-haired chihuahuas have a fluffy, soft, velvety coat that tends to take about two years to grow in fully. Their short-haired counterparts have a bristly feel to their coats. Chihuahua dogs can be of any solid, splashed or marked color, including everything from black or white to cream, blue, red, chocolate brown and fawn.

Tail: Chihuahuas have medium-sized tails that usually point up or are carried in loops.

Chihuahua dogs are not recommended for children. They tend to snap at humans they do not recognize as their masters. Also, chihuahua breeders have noted that these dogs tend to get along very well with other chihuahuas but not with dogs of other breeds or animals of other species. 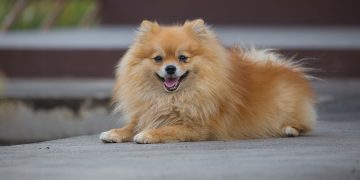 Genteel & Inquisitive: A Guide to the Pomeranian

PlusPets Staff
/
Pomeranian dogs are always begging to be pampered. They love to be doted upon and are known for their genteel appearance.
Continue Reading

Training: A chihuahua puppy is hard to housebreak. While headstrong and stubborn, these dogs are intelligent and tend to respond well to training that uses a positive reinforcement strategy.

Ideal Environment: Like golden retrievers, these dogs are fiercely loyal to their masters, making them ideal pets for couples or people who live alone in modest-sized dwellings.

Feeding: It’s best to feed a chihuahua a light diet, as they are prone to weight gain.

Grooming: While long-haired chihuahuas actually shed less than their short-haired cousins, they do require extra care. Regular coat brushing and trimming are necessary. Short-haired chihuahuas need very little in the way of grooming, though it’s wise to keep their nails short, especially if the dog is left alone for a significant portion of the day.

Health Problems: Chihuahuas, like all dogs, have several breed-specific health concerns to watch for. A chihuahua puppy will often be delivered via C-section, since they have over-large heads, which can pose problems for the mother. They have soft skulls and can be seriously injured by blows to the head, and their small size makes them easy prey for wild animals in rural settings. Canine glaucoma, wheezing and a knee condition known as luxating patella also rank among the breed’s most prominent health issues.

Avoid puppy mills when shopping for a new dog. These farms don’t practice ethical breeding, nor do they screen their dogs for good parentage or guarantee the health of their pets. Instead, look for a reputable dog breeder. Expect to pay about $400 to $800 for a healthy chihuahua puppy that’s had its first canine vaccinations. 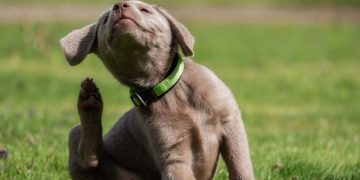 Lynda Taylor
/
If your dog itches and seems to have an upset stomach, they could have allergies. You may wonder "what can I give my dog for allergies?" Find out here.
Continue Reading 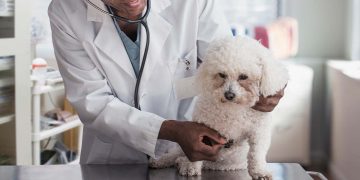 Lynda Taylor
/
A heart murmur in dogs can be caused by a serious health condition. Here's all you need to know and when to talk to your vet.
Continue Reading
Follow Us On:Facebook