Genteel & Inquisitive: A Guide to the Pomeranian

A complete guide to Pomeranian dogs

Cocky, self-important and inquisitive, the Pomeranian is a compact, soft-looking dog with thick fur that begs to be pampered. The consummate show dog, Pomeranian dogs are prized for their exclusivity and refined, genteel appearance.

Height: An adult Pomeranian dog should not exceed 12 inches in height. The teacup Pomeranian variant is considerably smaller, generally not reaching a height of more than 6 inches.

Weight: Pomeranian dogs, according to the American Kennel Club, ought to weigh between 3 and 7 pounds, and certainly not more than 10 pounds. A teacup Pomeranian will register at the light end of this scale.

Coat: Pomeranian puppies and dogs have a double-layered coat. The undercoat is thick and robust, while the topcoat is longer and coarser. Both males and females shed their undercoats once a year.

Tail: This breed has a distinctive bushy, plumed tail, which it holds flat against its back.

Pomeranians are placid, affectionate and friendly. Alert and smart, they make good watchdogs even though they’re not overly suspicious of strangers. Some claim their watchdog skills rival those of the bulldog. It’s essential to lay down the law with these dogs, as they tend to be self-centered unless they’re socialized to understand that they’re not the boss. 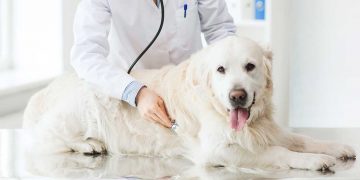 Diagnosing and Treating Tapeworms in Dogs

PlusPets Staff
/
Tapeworms in dogs are often transmitted by fleas. While they are not dangerous, it is uncomfortable for your dog. Luckily, tapeworms can be treated with simpl...
Continue Reading

Training: Pomeranian puppies can be trained to bark when a visitor appears at the door or when they hear noise coming from the exterior of their home. They tend to try to dominate their owners, so proper training and socialization is necessary. Like beagles, they get along well with children, other dogs and pets of other species.

Ideal Environment: These dogs can overheat in summer, so they’re best suited for cooler climates. Indoor living is fine for a Pomeranian, though it never hurts to have a yard handy, since they can be tricky to housebreak.

Feeding: Pomeranian puppies and adults alike can be finicky eaters. It’s important not to let the dog have the run of the house. It will eat what it’s told to eat when it gets hungry enough.

Grooming: Pomeranian breeders strongly recommend regular, if not daily, brushing and grooming of this dog’s luxurious coat. This is best done by working from the head to the tail and parting the coat down the middle to tackle the task on two sides. Also, make sure to clean the dog’s ears and eyes on a daily basis to prevent infections.

Exercise: These dogs have modest activity needs. Pomeranians can make do in apartment settings because they remain active indoors.

Health Problems: Pomeranian breeders note that proper dog dental care is essential, since the breed is prone to gum problems. They also tend to suffer from eye infections, ear infections and a kneecap dislocation syndrome known as luxating patella. The need for regular veterinary care is stressed.

Average Lifespan: The Pomeranian has a long lifespan, reaching up to 15 years of age.

The Pomeranian is one of the more expensive dogs on the market, with puppies generally selling for anywhere from $800 for a regular dog to $3,000 or more for a show dog with proven lineage. To save some money, adopt a Pomeranian from a Pomeranian rescue center or a dog adoption service, if resources are in place locally. Avoid giving business to puppy mills at all costs – these establishments are unethical and don’t adhere to animal health standards. 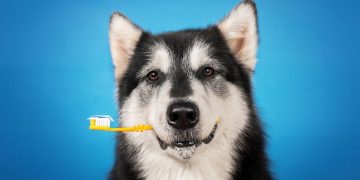 The Best Toothpastes for Brushing Your Dog’s Teeth

Samantha Devine
/
Brushing your dog's teeth can prevent disease from developing. Here is the best dog toothpaste and how it keeps your pet healthy.
Continue Reading

Lynda Taylor
/
Pet safe ice melt is important to invest in because conventional ice melts can harm animals. Learn about the safest ice melt options for your pet.
Continue Reading
Follow Us On:Facebook