Weight Gain? Frequent Shedding? Your Dog Could Have Cushing’s Disease

Cushing's disease, or hyperadrenocorticism, is a canine disorder that affects older dogs. This common condition results from improper function of the pituitary gland, a part of the brain that regulates hormone production. Affected animals tend to gain weight, urinate indoors and shed excessively. These outward signs of the condition often resemble the normal aging process, so dog owners are frequently unaware that their pet has a treatable condition.

The pituitary gland (a small node at the base of the brain) releases a hormone known as ACTH (adrenocorticotrophic hormone) into the bloodstream. This hormone signals the adrenal glands to produce cortisol, a hormone which regulates many functions of the body, including blood sugar levels.

Cushing's syndrome occurs when an adrenal or pituitary tumor disrupts the feedback cycle that signals the pituitary gland to produce more or less ACTH. This results in a chronic excess of cortisol in the blood, leading to continuously high blood sugar. The effect is a secondary form of canine diabetes, which can seriously compromise a dog's long-term health.

The condition may also be caused by medical interference. Prolonged use of cortisol to treat dog allergies may cause iatrogenic Cushing's disease. 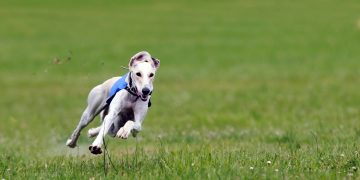 Graceful and Athletic: A Guide to Greyhounds

PlusPets Staff
/
Want more information about the Greyhound breed? Greyhounds are a highly graceful and athletic breed—in fact, the greyhound is the fastest breed of dog.
Continue Reading

The signs of Cushing's disease in dogs can be ambiguous and are easily attributed to normal aging. Older canines suffering from hyperadrenocorticism often display several of the following symptoms:

Because symptoms are not always overt, diagnosis can be difficult and may require numerous tests.

Certain dog breeds are at a greater risk for Cushing's syndrome, among them terriers, poodles and dachshunds.

Most dogs respond well to treatment of Cushing's disease. Medications may be given to alleviate the symptoms, although dogs in a more advanced stage may require chemotherapy or surgery. In the case of iatrogenic Cushing's, simply withdrawing the cortisol treatments may reverse the condition. Some pet owners have also found natural or homeopathic treatments effective. 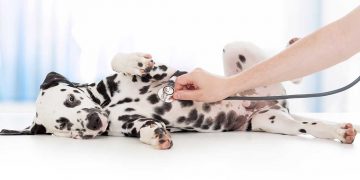