The World’s First Domesticated Fish: A Guide to the Goldfish

One of the world's first domesticated fish, the goldfish is a mainstay of aquariums and outdoor ponds the world over. Native to eastern Asia, these little swimmers, like the koi fish, belong to the carp family and made their way from China and Japan to Europe in the 17th century.

Size: The largest goldfish on record reached a length of 23 inches and a weight of just under 10 pounds, but it's abnormal for even very large goldfish to reach even half that size. Most commercially available goldfish are 1 to 2 inches long when fully grown.

Color: These fish are available in a comprehensive range of colors and scale patterns, with shiny orange being the most common. Some fish have a silvery hue, with streaks of color spread throughout their scales; the exact appearance of an individual fish depends on its scale group. There are three scale groups seen in goldfish, with each having a distinct influence on the appearance of its color: 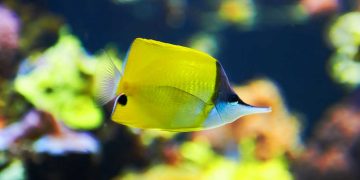 PlusPets Staff
/
Using an aquarium heater will help ensure your fish remain healthy. Their water needs to remain at specific temperatures in order for them to thrive.
Continue Reading

It is rare for these fish to harm their neighbors when sharing an aquarium, even if they cohabit the space with another small freshwater fish like the guppy. The only real threat of violence comes from potential infighting over food. Over time, these fish also learn to recognize individual humans and will associate their owners with food and react favorably to them.

Feeding: To ensure proper goldfish health, don't feed your pets more than three times per day, and don't offer excessive amounts of food. Rather, give them only what they need, as they'll overfeed if there's food left over, which can lead to goldfish aquarium contamination from excessive fecal matter or even death from burst intestines. Specially formulated fish food is inexpensive and readily available.

Tank Care: As part of proper goldfish care, it's vital to give these freshwater, coldwater fish a clean home to swim in. Goldfish bowls are generally suitable only for single fish; if you have multiple fish, invest in a goldfish aquarium that allows at least 8 to 10 gallons of water per fish.

In all cases, the temperature of the water must be closely monitored. Ideally, it should fall between 65 and 68 degrees Fahrenheit, and should never exceed 72 or 73 degrees Fahrenheit for any length of time. Each week, replace 10 to 15 percent of the water volume, even in outdoor goldfish ponds, to ensure that toxins don't build up in the water. Investing in good aquarium pumps is also highly recommended, as it will reduce the presence of contaminants.

Health Concerns: Common goldfish diseases include fin rot, fungal infections, parasites and fish lice. If you notice your fish growing listless, swimming awkwardly or rubbing up against the side of its tank or bowl, take it to a vet for treatment. Many goldfish diseases can be treated or cured if caught early. Also, never touch a goldfish; not only do they dislike being handled, but it can actually make them sick.

Life Expectancy: Despite all that's been said about their short life expectancies, goldfish that have been well cared for can live for as long as 10 years.