Energetic & Affectionate: A Guide to Owning a Chinchilla

Taking Care of Your Chinchilla

Pet chinchillas may require a bit more maintenance than other rodents, but their energy, warm temperament and lengthy lifetime are enticing to pet lovers. After all, it's nice to know you'll have your pet for a good long while, and chinchillas have an astounding lifespan compared to most other rodents: on average, they will live between 15 and 20 years! And you can expect the majority of those years to be active, playful and healthy, as long as you care for your chinchilla properly.

From chinchilla food to chinchilla cages, there are several specific requirements to keep in mind, and those are largely tied to the chinchilla's natural environment and unique physical characteristics. Get a good start by learning what chinchillas need to stay happy and healthy, but also what common elements must be avoided.

Origin: Like guinea pigs, chinchillas hail from South America, where they live in the Andes mountains. They are known for their soft, velvety coats -- in fact, they were almost hunted to extinction by the end of the 19th century because of their desirable fur. Luckily, chinchillas have made a comeback, and today they can be found in a variety of pet stores or through breeders.

Physical Characteristics: Chinchilla care can be a bit more involved than other rodent care, mostly because they have some unique qualities. For one, chinchillas cannot sweat, which means they could suffer from heat stroke if they become overheated (look out for red ears, which can signal overheating). Secondly, they enjoy a special cleaning ritual where they roll around in dust to absorb the dirt and oil in their fur. As long as you keep the temperature below 80 degrees Fahrenheit, stock their cage with fine pumice dust for bathing and be sure to keep their fur dry to avoid fur rot, your chinchilla will be in good shape. 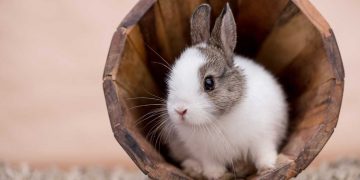 PlusPets Staff
/
When it comes to how to take care of a bunny there are some essential things you should know. Read our guide to learn more.
Continue Reading

Food Type: Chinchillas mainly eat desert grasses in the wild, and their digestive systems haven't changed much since they've become domesticated. They cannot handle much fat or protein; instead, feed them a diet full of hay and hay-based pellets, without the supplementary green vegetables and protein that you would offer to pet rats or rabbits. Surprisingly, nuts and seeds do not agree with their GI tracts at all: even small amounts of these foods can lead to liver problems, diabetes or even death.

Feeding Routine: Since a chinchilla's digestive system is so sensitive, any diet changes should be very gradual and you should limit treats to less than a teaspoon a day. Stick to pellets rather than loose feed, as chinchillas can pick through loose food to take what they like and ignore the other nutrient-dense elements. Finally, keep in mind that chinchillas don't eat or drink very much in the course of a day, so feed them a small amount at a time, and be consistent: chinchillas like routine, and that goes for feeding time, too! 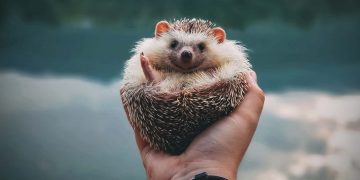 Even Though Hedgehogs Are Balls of Cuteness, Are They Actually a Good Pet to Own?

Lynda Taylor
/
As adorable as they may be, are hedgehogs a good pet to own? Here's the answer, along with an explanation of the pros and cons to owning these creatures.
Continue Reading 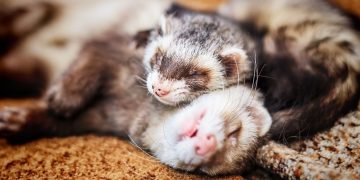 Curious and Cuddly: Tips for Taking Care of a Ferret

Samantha Devine
/
If you are looking for a cuddly, friendly and low maintenance pet, then you should consider a ferret. Here you will learn how to take care of a ferret.
Continue Reading
Follow Us On:Facebook