A Guide to Snapping Turtles

In some areas, adult and baby snapping turtles are hunted to near-extinction, so there is some debate as to whether snapping turtles should be kept as pets. Even without the environmental factor, it is still questionable whether a snapping turtle is the best choice for a pet turtle.

These creatures can be kept as pets if you are willing to put in the time and effort to care for them. But they do require work and can be tricky to care for, especially as they age.

Snapping turtles can be found in southeastern Canada, the western United States, Mexico and even as far south as Ecuador. They live in freshwater areas, including marshes, rivers and lakes, and prefer soft mud with plenty of underwater plants.

Size: Snapping turtles are one of the bigger breeds of pet turtles, measuring up to 20 inches in length. 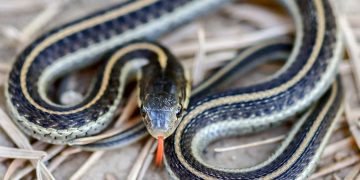 PlusPets Staff
/
Garter snakes are known to be a little tricky to handle and require a lot of attention. However, with proper handling, they will grow accustomed to being touc...
Continue Reading

Snapping turtles are typically a laid-back breed, but captivity can bring out the worst in them. When left alone in the water, they are usually docile, but they may turn to hissing and biting when they are disturbed. This behavior is particularly common in adult turtles.

Feeding: Snapping turtles are omnivorous, which means they eat meat such as earthworms and insects as well as plants. They should be fed at minimum once a week, and any remaining food should be removed after a half hour in the tank.

Typically, the food you will find for snapping turtles at a pet store are crayfish, worms, ghost shrimp, insects, minnows and guppies.

Why snapping turtles are omnivores, this does not fully take away meat from their diet. You may be able to feed your turtle chicken, turkey or beef heart, but it is recommended that the fat content is not too high in these foods. It's also recommended to feed them two pieces of fish or meat per feeding.

Housing: Because they are so large, snapping turtles are best kept in a small child's pool. Gravel can be used to line the pool, and rocks or a turtle ramp should be included to provide an area for basking. The water should be kept at a temperature of 75F to 86F during the day and can drop by 10 degrees at night. Be sure to change at least half the water twice a week to keep the pool clean and prevent contamination. A full-spectrum reptile light is also necessary.

When keeping your pet inside, the housing can prove to be a tad challenging. Little hatchlings are to be kept in a 10-gallon tank. But do not blink; these creatures grow incredibly fast, and adults will need a 55-gallon tank. Or, you can find something equivalent to this. As mentioned above, you can use a kid's pool, or you can use a plastic tote.

Health Concerns: Common health issues for snapping turtles include lethargy, vomiting and decreased appetite. These are usually signs of improper diet or an unclean habitat.

Babies, and even eggs, are collected from the wild to supply pet stores, leading to a population crisis. If you choose to buy a snapping turtle for a pet, be sure it is one that has been bred in captivity.

Baby snapping turtles typically start at about $75, and prices can run up to $150 or higher for adults.

If you are a first-time pet owner, a this pet will not be for you. They require a lot of effort and maintenance and need special care. They need a proper sized enclosure and access to adequate food. This does not mean completely taking a snapping turtle pet out of the picture, but they may be a tricky first pet to own.