Easy to Care For: A Guide to the King Snake

A Guide to Owning a King Snake

There couldn't be a more fitting name than king snake for the breed that is known to eat other snakes and that has immunity to venom from coral snakes, rattlesnakes and others. Still, king snakes are one of the most popular snake breeds for pets because they are easy to care for and are adaptable to a variety of living situations.

Different types of king snakes can be found from southern Canada to northern South America, some of which are named for their area of origin (for example, the Florida king snake or the California king snake).

In the wild, king snakes can live in a number of habitats, from wetlands to shrublands. They typically seek shelter in rocks, logs or heavy vegetation. Though they are primarily a land snake, they are known to swim in ponds and streams.

Size: The average size of a king snake is between 2 and 5 feet long.

Markings: Along with geographical naming, many King snake breeds are named for their coloring. Common types include the: 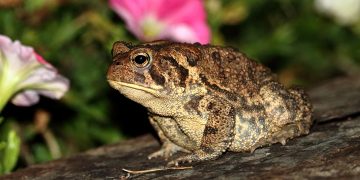 Interesting & Low-Maintenance: A Guide to Owning a Toad

PlusPets Staff
/
Toads might not be as pretty and colorful as frogs, but they are equally as interesting. Here's what you need to know about toad pet ownership.
Continue Reading

In the wild, king snakes hunt using constriction. They are nocturnal and tend to stay hidden during the day.

Housing: King snakes should typically be kept in an aquarium that is at minimum 20 gallons, and they should always be housed alone. The tank should be heated to a range of 75 to 85 degrees Fahrenheit, and a shelter, rock or branch and water bowl should be included.

Health Concerns: The primary health issues for king snakes (and most other snakes) are parasites and shedding problems. A clean, sterile cage can help eliminate a mite problem, while adequate moisture in the tank can usually aid in the shedding process. A snake care sheet found online or in a pet store can be helpful in learning more about shedding.

Life Expectancy: On average, king snakes live between 15 and 20 years.

Because of the variety in their coloring and their striking look, king snakes are often a little more expensive than other breeds of snakes. Full-grown king snakes can cost anywhere from $200 to $400, while baby king snakes usually start around $70 or $80.