Smart & Social: A Guide to the Bengal Cat Breed

Bengal breeders have produced a striking and unique house cat that bears the spotted patterns and sleek, muscular body of its leopard ancestors, along with a completely domesticated temperament. Under indoor or natural light, the fur of the Bengal cat has a unique golden or pearly glitter effect that is found in no other breed.

The Bengal is a relative newcomer to the world of cat breeds. It was created in the United States from a cross between a wild Asian leopard and a common house cat. The offspring then produced several generations of descendants, which were used to filter out any remaining wildness to yield a gentle, affectionate pet.

Size: With the breed's big-boned, muscular body, it's not uncommon for an adult male Bengal cat to reach 18 pounds, though Bengal breeders say the normal range is 9 to 12 pounds. Adult females normally weigh between 7 and 10 pounds.

Coat: The coat of a Bengal is either marbled or spotted. Symmetrical stripes or patterned spots cover the body of these cats, and their fur is soft and silky.

Eyes & Ears: The eyes of a Bengal are surrounded by what's known as "mascara," which is the informal name for the breed's facial striping pattern. Eyes are usually yellow in color. Ears are naturally held erect and are slightly larger in size than those found in other domestic breeds like the Abyssinian.

Tail: These cats have thick, strong tails, which are normally carried low. 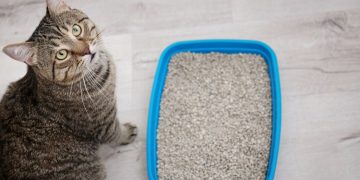 Alison Wood
/
This article teaches you the best ways of how to dispose of cat litter. It is more than dumping it into a garbage bag and tying it up.
Continue Reading

While Bengal breeders stress that all cats have unique personalities that are influenced by a wide variety of factors, these cats are generally lively and thrive on interaction. They love physical activity and are neither aloof nor dependent on attention. Bengals have dynamic temperaments and display a high degree of intelligence.

Feeding: Bengal cats should be switched to adult cat food when they reach their first birthday. Start by feeding the cat a mixture of ¼ adult food and ¾ kitten food and slowly increase the proportion of adult food. Give table scraps only sparingly, and choose high-quality food over inferior, inexpensive products – you'll see the difference in your cat's coat.

Grooming: These cats actually seem to enjoy water, so occasional bathing isn't an enormous hassle. They are average shedders and need to be brushed at least once per week.

Activity Level: The Bengal is a very active breed and will work off its excess energy by frolicking indoors or out. Given their wild ancestry, they tend to wander at night if able. They're also able to learn tricks and are happiest performing stunts such as somersaults, which allow them to engage their natural athleticism.

Health Problems: Other than typical problems such as feline inflammatory bowel disease and feline leukemia, Bengal cats have sensitive stomachs that do not tolerate bacteria well. They can get food poisoning more easily than most other breeds, so take care not to feed them anything that might contain significant amounts of live bacteria.

Average Lifespan: These cats live for 10 to 15 years, on average.

Bengal cats for sale through reputable breeders are at least four generations removed from the original leopard-domestic cross. It's normal for Bengal kittens to go through a so-called "fuzzy" stage, in which their distinct marking becomes blurred. All "fuzzy" Bengal kittens will recover their spotting or striping as they mature.

This breed has a reputation for being expensive, which is somewhat but not entirely justified. Expect to pay in the range of $500 to $800 for a pet-quality kitten and $1,500 to $2,000 for a breeder-quality kitten. 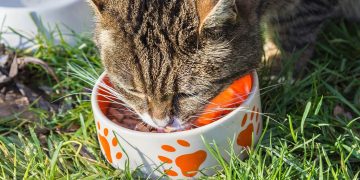